Every year we need a significant income to maintain our wonderful Community Memorial Hall and for the Association to continue to operate. Our expenses include insurances, utilities, council rates and more as well as actual building maintenance costs.

The Memorial Hall is the centre for many activities within Pearl Beach including Community Groups, Exercise Classes, Meetings and Events which add to the general amenity of the village. Without a regular source of income, the Association which owns the Pearl Beach Memorial Hall (unlike many other Progress Associations where the hall is owned by the local council) would not be able to continue to operate.

We have many volunteers in the community who are Members that dedicate a significant amount of their time to raise the funds needed by the Association. Fundraising activities include events such as community favourites the Easter and Summer Book sales, the Food and Wine Fair, Jazz in the Arboretum, Community Christmas Dinner and many more. Whilst membership fees are an important source of income, a lot more money is needed to cover our annual operating costs.

Please supports us with a donation. Your donation helps us to create positive amenities in the village and ensures that our Hall is preserved for use now as well as for future generations.

Use the donation button to donate or find our bank details below:

The History of the Pearl Beach Community Hall

Since its inauguration, one of the aims of the Association had been to build a Community Hall, but the lack of funds, the interruption of the great depression and later the long years of WW11 were major stumbling blocks to realising this ambition. In 1943, three of its members, William Steinbeck, James Armstrong, and William Frost purchased land at 9 Diamond Rd as a site for a Hall for the use of the Association and the community.

In 1943 the Building Fund stood at 15 pounds 16 shillings and 8 pence. A concerted effort of fundraising was conducted over several years to raise the 1,000 pounds required and construction of the Hall commenced in 1948. However, during and immediately after WWII it was almost impossible to obtain building materials and money was scarce. By designating the Hall a war memorial, a government subsidy became available, but even so, it was not until 1950 that the Hall was finished, using a combination of voluntary labour and much assistance from local builders, Cliff Mazlin and Jack Butler.

Thus the hall became not only a community hall but also a memorial to the young men from Pearl Beach who died in WW11. The memorial tablet in front of the Hall was built as a donation by Jack Butler and bears a Roll of Honour for 5 young men: LJ Gallard, AIF; MF Murphy, AIF; WN Green, RAN; WJ Steinbeck, AIF; LA Low, RAR

The hall was officially dedicated as a Memorial Hall on the 19th September 1950. Mr L Hart, President of Pearl Beach Progress Association, officiated at the opening. Rev Cyril Francis, Rural Dean of Gosford, gave the dedication for the Memorial Tablet and Emeritus Professor Bland, University of Sydney, gave an address congratulating the Pearl Beach Progress Association on their meritorious achievement.

“A Community Centre, fundamentally is the embodiment of good neighbourliness and this comprises the sense of belonging, the belief in a common purpose and the conscious knowledge of sharing and understanding common life. A community centre gives a wider vision of how community activities may be made to enrich the life of the individual and his family; gives a new approach to the provision of the cultural, physical and social needs of a community; gives a clearer realisation that co-operative and boldly planned local efforts not only satisfy such needs but also develop in the process of new understanding of neighbourliness and of the democratic way of life.…may I hope that what you have done here will be the stepping stones to the fullness of community life which will forever be inspired by the memory of those to whom the Hall is dedicated.”

DEVELOPMENTS OVER THE YEARS

That first Hall was only about half the size of the Hall you see now. Over the years it has been extended, renovated and restored. Most recently modern toilets, facilities for disabled access and an additional storage shed have been added.

The Hall is now used by an extensive range of locals and community groups and can be booked for private functions, such as weddings and birthday parties.

Maintaining the Hall and keeping its facilities up to date with modern expectations has become a major financial responsibility for the Progress Association.

The Memorial Community Hall has been the venue for many community groups to meet and for numerous events and activities over the years, some of which have resulted in many fine traditions being established in Pearl Beach, such as The Glee Club, the Easter Book Fair, the Music Festival, the Anzac Day Service and the Craft Exhibition 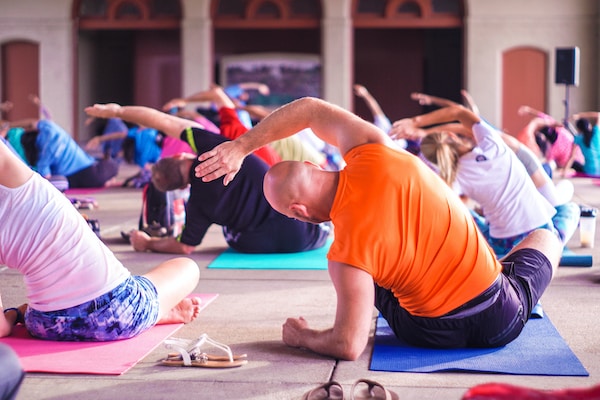